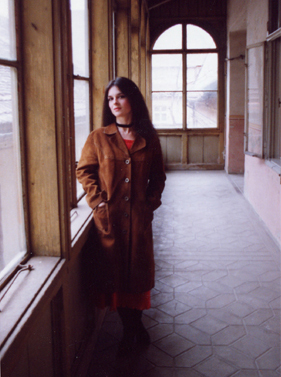 Dana Andrea Nigrim-Mihaescu has studied music and piano in Brasov (images slide*), important cultural center of Romania, with rich artistic traditions, where she grew up in a distinguished cultural and musical milieu, her grand father Nicolae Grigore Mihaescu Nigrim, writer, her aunt Yarodara Nigrim, actor, and her mother, Ana Lucia Nigrim an opera singer (a native of Sinaia*, where Dana spent many days of her childhood).

During her intense musical activity she built up a varied repertory, representative of different composers and styles. She appeared on Radio and Television in piano recitals and interviews, several broadcastings being dedicated to her musical parcours. She also became the soloist of Brasov Symphonic Orchestra. Previously she has been voice coach at Opera of Brasov where she worked with singers winners of international voice competitions (Moscow, Viena, Madrid, Sofia).

“Dana Nigrim belongs to the world of interpretation and possesses the charisma and the ability to give strong life to the musical works which she performs. I believe she is a multi-faceted artist, of a great versatility, who will have a career of first caliber as a pianist. She has a considerable repertoire and it is remarkable to listen in what a ease way and with what conviction she approaches different styles.”